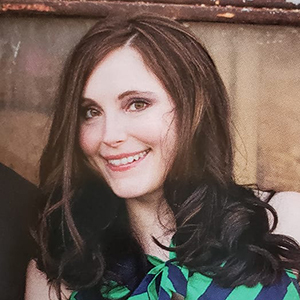 Amber Wolff is the Senior Digital Copywriter for SonicWall. Prior to joining the SonicWall team, Amber was a cybersecurity blogger and content creator, covering a wide variety of products and topics surrounding enterprise security. She spent the earlier part of her career in advertising, where she wrote and edited for a number of national clients.

IoT Devices: If You Connect It, Protect It

7 “Smart” Steps to secure and protect your Home Network A refrigerator that tells you there was a power outage — and whether it lasted long enough to spoil your food. Doorbells show you who’s […]

The Halfway Point: How Cybercrime Has Impacted Government in 2021

In August, the bipartisan U.S. Senate Committee on Homeland Security and Government Affairs released an update on the state of cybersecurity among federal agencies. The report, “Federal Cybersecurity: America’s Data Still at Risk,” noted that, […]

How Cybercrime Impacted Education in 2021

According to a report in The Journal, as of early August, more than 60% of parents were hesitant to send their children back to school this fall due to a large uptick in pediatric COVID-19 […]

When Sonic Systems entered the firewall market in 1996, the company had fewer than 40 employees. Today, the company we now know as SonicWall employs more than 1,600 people in 37 countries. There are a […]

SonicWall: 30 Years of Partnering to Win

SonicWall has always been 100% channel-driven. Today, we’re honored to work with more than 17,000 channel partners worldwide — but even before SonicWall was known as SonicWall, we were working to build partnerships based on […]