Cybercrime has been on the rise for more than a year now — and lately, it seems to be picking up steam. As we detailed in the mid-year update to the 2021 SonicWall Cyber Threat Report, ransomware hit record highs in the first half of 2021, rising an unprecedented 151% year-to-date. Other forms of threat, such as cryptojacking and IoT malware attacks, have also continued to climb.

With cybercriminals growing in strength, number and sophistication, the real-world validation that comes with third-party certification is more important than ever. That’s why we’re pleased to announce that SonicWall Capture Advanced Threat Protection (ATP) received a 100% score from ICSA Labs for Q2 2021 — the second perfect score earned by SonicWall’s multi-engine cloud sandbox service in a row, and the sixth consecutive certification for Capture ATP overall.

Capture ATP uses patented Real-Time Deep Memory InspectionTM (RTDMI) technology to catch the most advanced and unknown malware faster than traditional behavior-based sandboxing methods — all with fewer false positives. The results of the most recent testing cycle are a testament to this effectiveness: Capture ATP detected 100% of new and little-known threats without issuing a single false positive.

During 33 days of comprehensive and continuous evaluation, SonicWall Capture ATP was subjected to 1,144 total test runs, which included 544 malicious samples — 216 of them four hours old or less.

Not only did Capture ATP identify all these malicious samples, it did not incorrectly flag any of the 600 innocuous apps that were also included in the test runs. According to the report, “On 33 of 33 days during the Q2 2021 test cycle, SonicWall Capture ATP was 100% effective.”

These results are just one indication of the potential found within Capture ATP’s machine-learning capabilities. Capture ATP’s RTDMI technology continually grows faster, more vigilant and more intelligent. According to SonicWall Capture Labs, each year since its introduction, RTDMI has identified significantly more threats than the previous year: in the first six months of 2021, it identified 54% more never-before-seen threats than it did the first half of 2020. 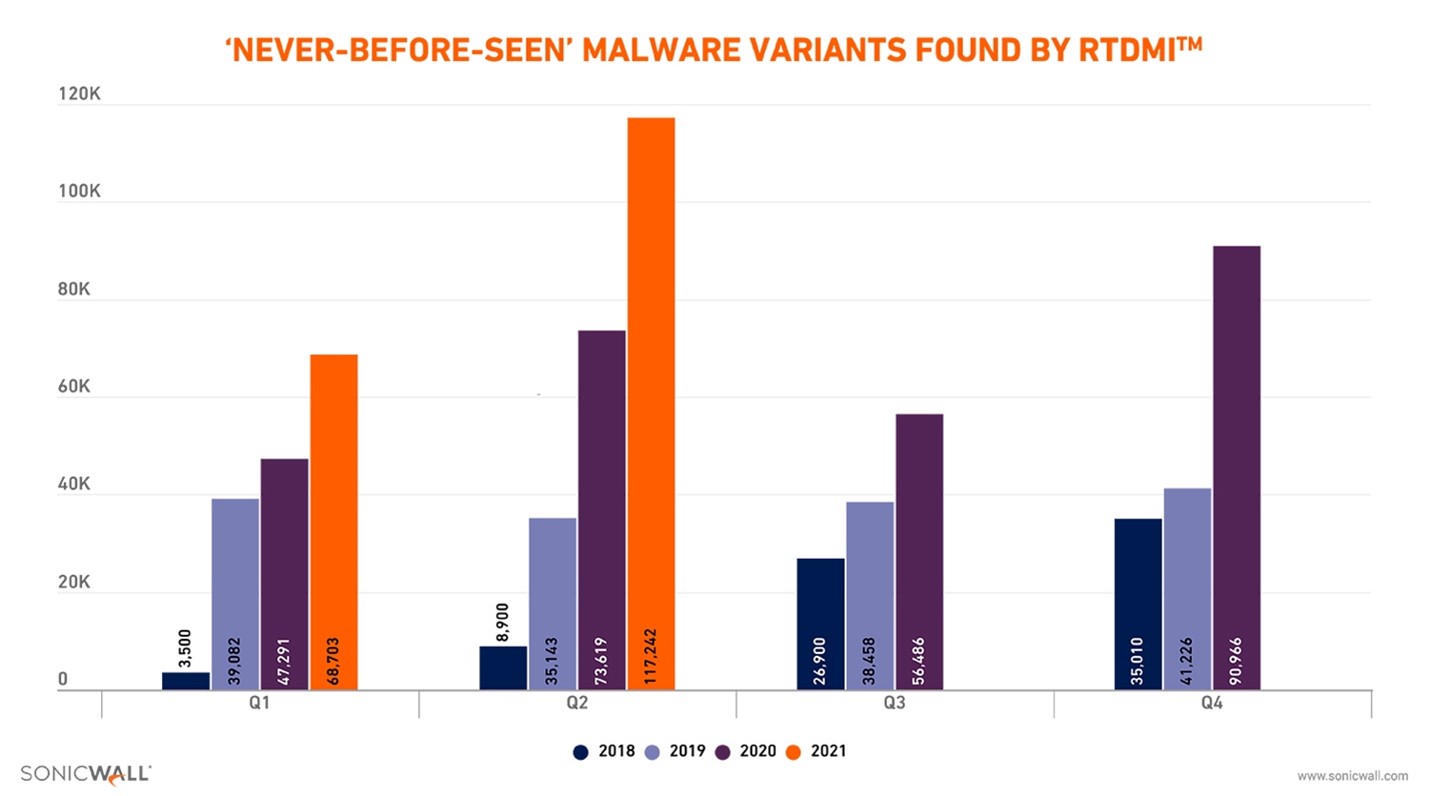 The full ICSA Labs report can be downloaded here. To learn more about SonicWall Capture ATP with RTDMI, visit our website.

Senior Digital Copywriter | SonicWall
Amber Wolff is the Senior Digital Copywriter for SonicWall. Prior to joining the SonicWall team, Amber was a cybersecurity blogger and content creator, covering a wide variety of products and topics surrounding enterprise security. She spent the earlier part of her career in advertising, where she wrote and edited for a number of national clients.
https://d3ik27cqx8s5ub.cloudfront.net/blog/media/uploads/Blog-Header-1200x500-1.png 500 1200 Amber Wolff https://blog.sonicwall.com/wp-content/uploads/images/logo/SonicWall_Registered-Small.png Amber Wolff2021-08-04 07:34:152021-08-04 07:34:15SonicWall Earns Another Perfect Score from ICSA Labs for Q2
0 replies