Patching costs organizations and individuals virtually nothing — but not patching could cost everything. So why do so many put it off?

SonicWall’s own threat intelligence echoed these findings, with a number of even older vulnerabilities still being actively exploited, including CVE-2013-3541, CVE-2016-1605, CVE-2014-6036 and many more.

Even more baffling (especially considering how devastating and highly publicized it was), SonicWall was still observing instances of WannaCry being exploited in the wild in 2021. And this wasn’t a few isolated cases here or a dozen there, either: SonicWall observed more than 100,000 instances of WannaCry last year alone, despite the fact that the EternalBlue vulnerability was patched nearly five years before.

Who’s Patching—and Who Isn’t
Patching remains one of the lowest-cost, highest-impact cybersecurity practices for both organizations and individuals. Unfortunately, while most realize the dangers posed by unpatched vulnerabilities — a recent report from Gartner showed more people rated vulnerabilities as “very important” than did ransomware — research shows that many still aren’t making it a priority.

In the 2022 SonicWall Threat Mindset Survey, 78% of those surveyed reported they don’t patch critical vulnerabilities within 24 hours of patch availability, and 12% only apply critical patches when they get around to it.

These organizations may think that the risk of attack is small, but the numbers don’t lie: In the first half of 2022, the number of malicious intrusions recorded by SonicWall totaled 5.7 billion. While some of these were zero-day vulnerabilities that hadn’t yet been patched or widely publicized, the vast majority of exploited vulnerabilities are ones that have been both published and patched — making virtually all attacks targeting these vulnerabilities completely preventable.

And these tendencies are also exploited by cybercriminals. As soon as a vulnerability is publicized, attackers get to work crafting malware to take advantage of it, knowing many companies are slow to patch. As a result, application vulnerabilities continue to be the most common method of external attack, and patching is frequently what separates targets from victims. According to Ponemon Institute research, 57% of cyberattack victims say their breach could have been prevented by installing an available patch, and 34% of those victims said they knew about the vulnerability, but hadn’t acted to prevent it.

The Benefits of Patching
Stopping attacks like this is the most critical benefit of installing updates, but it isn’t the only one. Some updates also deliver new features and functionality, including bug fixes that can provide improvements to the user experience. Patching can also allow software to work with the latest hardware, prolonging the life of your investment.

But patching can also help you maintain compliance and avoid fines. For example, after the discovery of the Log4j/Log4Shell vulnerabilities, the U.S. Federal Trade Commission issued guidance stating that failure to take reasonable mitigation steps (read: patching), “implicates laws including, among others, the Federal Trade Commission Act and the Gramm Leach Bliley Act.” The Commission went on to warn that it “intends to use its full legal authority to pursue companies that fail to take responsible steps to protect consumer data from exposure as a result of Log4j.”

(These aren’t just empty threats: After the Equifax breach in 2017, the company reached a settlement of $575 million over data theft affecting as many as 147.9 million people. The compromise occurred due to the exploitation of a vulnerability that had been patched by the vendor, but not applied by Equifax.)

Patching Best Practices
While people give a few reasons for not patching promptly, such as a complex network of dependencies, a lack of time and a desire to avoid downtime, it’s worth stating that in the event of an attack, each of these factors will be multiplied. However, they can also be mitigated with the application of a few patching best practices:

While there is some additional time and effort involved in setting up a patching best practice, if it’s maintained properly, it will only need to be done once — and it could save your organization millions. However, patching isn’t a panacea: If password hygiene isn’t up to the task, cybercriminals will have no problem accessing your network, as we’ll discuss in next week’s Cybersecurity Awareness Month blog.

Senior Digital Copywriter | SonicWall
Amber Wolff is the Senior Digital Copywriter for SonicWall. Prior to joining the SonicWall team, Amber was a cybersecurity blogger and content creator, covering a wide variety of products and topics surrounding enterprise security. She spent the earlier part of her career in advertising, where she wrote and edited for a number of national clients.
https://d3ik27cqx8s5ub.cloudfront.net/blog/media/uploads/Image-4-Week-1-Blog-Header-1200x500-2.jpg 500 1200 Amber Wolff https://blog.sonicwall.com/wp-content/uploads/images/logo/SonicWall_Registered-Small.png Amber Wolff2022-10-17 15:08:012022-10-17 15:08:01The Power of Patching: Why Updating Your Software Should Be a Top Priority 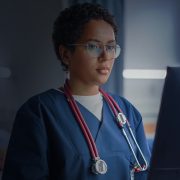 Securing Your Credentials: Does Your Password Pass the Test?