This month marks 30 years since SonicWall’s founding in 1991. To celebrate, we’ll be spending the month of August spotlighting the history, customers, products, partners and people that have helped shape SonicWall over the past three decades and will continue to inspire us in the years ahead.

In 1995, SonicWall (then called Sonic Systems) introduced its first internet appliance: the QuickStream/3. It was a three-port, multi-protocol remote access server offering remote users access to Apple’s incumbent AppleTalk, as well as then up-and-coming Ethernet technology.

But over the next year, two things happened: The market for Apple peripherals contracted, and Sonic Systems recognized a new opportunity — a lack of affordable firewalls for small- and medium-sized businesses (SMBs).

The SonicWALL Brings Speed, Strength and Security to SMBs

In October 1997, Sonic Systems released the Interpol, a secure, affordable and easy-to-manage NAT/firewall. It represented the first security appliance designed for SMBs, and was a huge hit.

A year later, in 1998, Sonic Systems changed the appliance’s name to the SonicWALL. The name was devised to evoke a combination of speed, strength and security, and was so well received that in 1999, the entire brand followed suit.

The following year, on the heels of a successful initial public offering (IPO), SonicWALL introduced two new appliances: the SOHO, designed for small businesses (the acronym stands for “Small Office, Home Office”) and the PRO, which delivered enterprise-class firewall throughput and VPN concentration to medium-sized businesses and branch offices.

Shortly after the turn of the millennium, SonicWALL introduced the Gen 2 product line, including the SOHO2 and the TELE2, an even more compact appliance for branches and telecommuters (it supported a grand total of five users.)

To help deal with the growing complexity of network security, SonicWALL also announced the Global Management System (GMS), which enabled the management of several SonicWALL appliances from a single place. 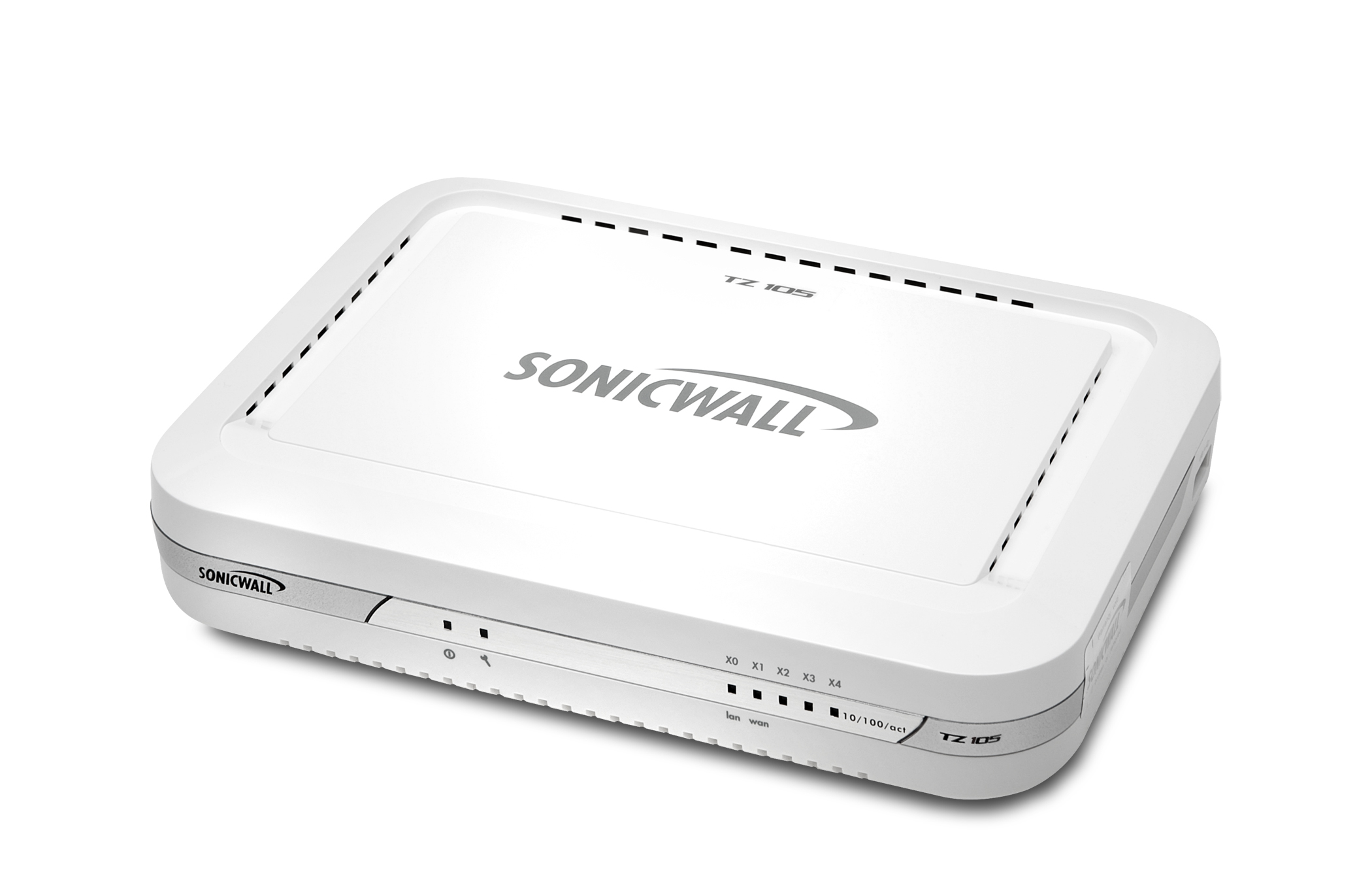 The TZ, the TELE3 and Other New Technology

The first Gen 3 appliances, including the SOHO3 and the TELE3, followed just a short year later, in 2001. This rapid advancement pace paid dividends — by 2002, the company had shipped its 250,000th unit — so SonicWALL kept it up. 2003 brought the introduction of Gen 4 products, including the first offering in the award-winning TZ Series: the TZ 170.

Another firewall series still going strong today made its debut in 2007: the NSA Series, designed for mid-sized organizations of 250 users and up. As part of the Gen 5 release, the company introduced the NSA E-5500, the NSA E-6500 and the NSA E-7500.

Displaying its commitment to continued innovation, SonicWALL was also granted its first patent that year: SWUS-001 – U.S. Patent No. 7,158,986.

Far Beyond Firewalls: SonicWall Transforms into a Cybersecurity Leader

The sale of SonicWALL’s 1 millionth unit kicked off the 2010s, and this decade would be marked by a massive uptick in innovation. In the years since its first patent was awarded, SonicWall employees have been granted more than 325 additional patents, many of these for advancements that would come to the fore in the latter half of the decade.

In 2016, SonicWALL — newly rebranded as SonicWall to coincide with a change in both ownership and leadership — released both its Gen 6 line of NGFWs, its largest to date, as well as SonicOS 6.0.

More big announcements would follow in 2018, both of which would further cement SonicWall as a leader in advanced threat protection. At that year’s RSA Conference, the company unveiled the SonicWall Capture Cloud Platform, which tightly integrates security, management, analytics and real-time threat intelligence across the company’s portfolio of security products.

In 2019, less than 10 years after its millionth unit was shipped, SonicWall celebrated the sale of its 3 millionth unit. Recognizing that the rapid growth of cybersecurity architectures was creating management complexities, SonicWall introduced the Capture Security Center, a single-pane-of-glass management solution designed to govern the entire range of SonicWall security operations and services.

A Boundless Future: Gen7 and Beyond

March 2020 ushered in the biggest change to the global workforce since the introduction of the PC. As the COVID-19 pandemic swept across the globe, SonicWall helped countless businesses rapidly make the switch to remote work, helping to ensure the survival of both employees and businesses in highly uncertain times.

While this shift was rapid, it was one SonicWall had long been preparing for. With the introduction of the Boundless Cybersecurity model in April 2020, the company cemented its commitment to closing the growing cybersecurity business gap created by a growth in the attack surface, a shortage of cybersecurity personnel and stagnant IT budgets. By allowing organizations to know the unknown, providing unified visibility and control, and employing disruptive economics, SonicWall has helped businesses weather both rapid shifts in the business world and unprecedented increases in cybercrime.

With the needs of today’s highly distributed, highly mobile workforce now fully at the forefront, SonicWall has recently embarked on the most ambitious refresh of its product portfolio in company history, introducing solutions that are already being widely recognized by third-party testing and reporting agencies.

SonicWall’s new Gen 7 next-generation firewall line, which delivers industry-leading performance, high port density and more, is powered by the newest version of SonicWall’s operating system. SonicOS 7 has been redeveloped from the ground up to be the more advanced, agile and user-friendly than any of its predecessors.

But despite three decades of growth, SonicWall has stayed true to the same vision championed by two brothers three decades ago: to make quality cybersecurity products accessible to businesses of all sizes, and to stand behind them.

Senior Digital Copywriter | SonicWall
Amber Wolff is the Senior Digital Copywriter for SonicWall. Prior to joining the SonicWall team, Amber was a cybersecurity blogger and content creator, covering a wide variety of products and topics surrounding enterprise security. She spent the earlier part of her career in advertising, where she wrote and edited for a number of national clients.
https://d3ik27cqx8s5ub.cloudfront.net/blog/media/uploads/A-Wk-3-Products_30-Yr-Blog-1200x500-1.png 500 1200 Amber Wolff https://blog.sonicwall.com/wp-content/uploads/images/logo/SonicWall_Registered-Small.png Amber Wolff2021-08-24 14:28:122021-08-24 14:28:12It Started with Speed: Seven Generations of SonicWall Products
0 replies

Why SDP Matters in Zero Trust