There’s an extraordinary strong turnout for SonicWall’s upcoming Boundless 2022 global virtual partner experience. SonicWall is also attracting attention for the recent launch of Gen 7 Next Generation Firewalls (NGFWs). In industry news, the US and Europe brace for cyber-attacks in the shadow of the Ukraine crisis, News Corp hit by the “China Nexus,” one-man attack team crashes North Korea’s internet, and the drop in breaches in 2020 “doesn’t reflect reality.”

SonicWall is seeing an extraordinarily strong registration turnout for its recently unveiled Boundless 2022, virtual international marquee partner event. The annual events allow partners to hear first-hand about SonicWall’s technology vision and product investments, and gain a deeper understanding of the company’s customer commitments from executives. This year, the event will also feature appearances from a legendary celebrity duo. The event is scheduled for Feb. 23 & 24. Visit this page for registration.

ARN-IDG: The big news is that SonicWall recently launched 17 new Gen-7 NGFWs in less than 18 months. So, whether you’re a small business or a large enterprise in your home or the cloud, you’ll benefit from the NGFWs that offer security, control, and visibility for an effective cybersecurity posture.

Reuters, CNN, New York Times: Britain’s National Cyber Security Centre (NCSC), a part of the GCHQ eavesdropping intelligence agency, warned large organizations (enterprises, service providers) to bolster their cyber security resilience amid the deepening tensions over Ukraine. The consensus among cybersecurity advisors points to a long-term struggle between established industrialized democracies versus rising rivals such as China and Russia. The target is the post-Cold War era where military, technology and economic dominance is to be thoroughly challenged. Some observers, including the US and Europe, believe that attackers who hit Ukrainian government websites earlier this month left the chilling warning, “be afraid and expect the worst.” The message, they say, was aimed at the west. According to CNN, the FBI asks US businesses to report an uptick in Russian hacking threats — the latest effort to prepare for potential Russian cyberattacks on US organizations amid Russia’s troop buildup on Ukraine’s border. New York Times reported that the US dispatched cybersecurity experts to NATO to prepare allies to deter, and perhaps disrupt, Russian cyberattacks on Ukraine and brace for the possibility that sanctions on Moscow could lead to a wave of retaliatory cyberattacks on Europe and the United States.

News Corp hit by cyberattack with suspected link to China

The Hill: News Corp. said Friday it was the victim of a cyberattack likely to benefit the Chinese government and that the intrusion targeted its businesses, including the New York Post, Dow Jones and others. The company detailed the scope of the attack in an email to employees and listed it on a filing with the Securities and Exchange Commission (SEC), where the company said a preliminary analysis pointed to a foreign government targeting one of its third-party, cloud-based systems. The cybersecurity firm Mandiant, investigating the attack, said that assessments point to a “China nexus.”

Euronews: Port facilities in Belgium, Germany, and the Netherlands have been targeted by a large-scale cyberattack, authorities say. Officials say the hack began several days ago and has primarily disrupted operations at oil terminals, preventing tankers from delivering energy supplies. In addition, German judicial authorities say they have launched an investigation into suspected “extortion” of oil operators amid soaring energy prices. The cyberattack hit Hamburg — a significant port city in northern Germany — and at least six oil terminals in Belgium and the Netherlands.

WION: The blame for North Korea’s persistent internet failures does not lie with the United States Cyber Command or any other state-sponsored hacker organization. It was the work of an American man, who sat in his living room night after night, watching Alien movies and munching on spicy corn snacks — while working on a personal project. The project involved periodically walking over to his home office to check on the progress of the programs he was running to disrupt an entire country’s internet. North Korean spies hacked an independent hacker who goes by the handle P4x just over a year ago.

CNBC: Apple warned lawmakers on Tuesday that antitrust bills being considered in the Senate would increase the risk of security breaches for iPhone users. The reason, Apple explains, is that they may be forced to allow “sideloading” — a process where users can download apps outside the App Store. Apple’s pushback reflects growing concern from the iPhone maker about the American Innovation and Choice Online Act and the Open App Markets Act, both of which are scheduled to be considered this week.

Data breach numbers may not be declining, but reporting them is getting slower

TechRepublic: A study released by Flashpoint and Risk-Based Security found two startling facts: Its report of a drop in the total number of breaches is likely erroneous, and the time it takes for an organization to report. A breach has increased to the highest levels since 2014. Much of what Flashpoint and RBS found was similar to other reports on the topic: Healthcare was a leading target, ransomware is more popular than ever, and billions of records were stolen. One of the more interesting data points that the report covers is its reported 5% drop in the total number of breaches between 2020 and 2021, which analysts say doesn’t reflect reality. In fact, as reported by the NASDAQ news division, the number of data breaches at corporations was up more than 68% in 2021, beating the previous record, set in 2017, by 23% according to the 16th annual Data Breach Report conducted by the Identity Theft Resource Center located in El Cajon, CA. 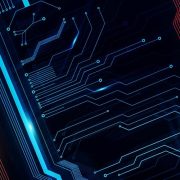 6 Ways Malware Evades Detection – And How to Stop Them