This week, the massive SolarWinds breach made headlines around the world, but that doesn’t mean other hackers took a holiday.

SonicWall Seeks The Bliss of The Predictable — ChannelPro Network

As many as 300,000 businesses, organizations and government agencies could be at risk of compromise due to an attack exploiting vulnerabilities in SolarWinds’ Orion products. The threat actor behind the attack is believed to be APT29 (aka Cozy Bear), which primarily leverages a malware called SUNBURST to conduct a global supply-chain attack against the SolarWinds Orion platform, an enterprise-grade IT monitoring solution.

SolarWinds confirmed the attack and has been providing routine updates to the situation.

According to Reuters, sources say the breaches are connected to a broad campaign that also involved the recently disclosed hack on U.S. cybersecurity company FireEye, whose customers include both government and commercial entities.

On Dec. 13, the U.S. Department of Homeland Security (DHS) and the Cybersecurity and Infrastructure Security Agency (CISA) confirmed that malicious threat actors have been and are actively exploiting these vulnerabilities. Determining that the exploitation of SolarWinds products “poses an unacceptable risk,” CISA has issued an emergency directive instructing all federal agencies to disconnect affected devices immediately.

“Treat all hosts monitored by the SolarWinds Orion monitoring software as compromised by threat actors and assume that further persistence mechanisms have been deployed,” the directive stated.

Both SolarWinds and the CISA strongly suggest that organizations using SolarWinds Orion verify the version they’re running and upgrade immediately, if required.

According to SolarWinds, its federal customers include all branches of the U.S. military, the Pentagon, the State Department, the National Security Agency, the Department of Justice and the Office of the President of the United States.

But its customer list also includes more than 425 of the U.S. Fortune 500, the top 10 U.S. telecom companies and the top five U.S. accounting firms. SonicWall has confirmed it is not using a vulnerable SolarWinds Orion product and is not impacted by this threat.

FireEye says these attacks have already been observed worldwide, targeting government entities, technology companies, telecoms and consulting firms in North America, Europe, Asia and the Middle East — and it expects there are additional victims across other industries and countries.

According to FireEye, the threat actor was able to hide malicious code in software updates provided to Orion customers, and through these trojanized updates, gain a foothold in the network through which to gain elevated credentials. Once the group has gained initial access, the company said, it uses various techniques to disguise their operations as they move laterally and exfiltrate data.

Which SolarWinds customers are impacted?

An additional hotfix release, 2020.2.1 HF2, is anticipated to be made available on Dec. 15 that will both replace the compromised component and provide several additional security enhancements. Please visit www.solarwinds.com/securityadvisory for more information about your Orion upgrade options.

To verify you have the latest SonicWall IPS, please follow the steps in this knowledgebase (KB) article: https://www.sonicwall.com/support/knowledge-base/detailed-information-on-intrusion-prevention-signature-ips-signature-ids/170505742887527/

This week, cybersecurity news moved to the federal level as nation-state hacking and international cybersecurity cooperation made headlines.

An Outside View of Cybersecurity ‘Inside the Beltway’ — Federal News Network

FDA Approval Is Not The Only Vaccine Challenge — Industry Week

Ransomware gangs are getting faster at encrypting networks. That will make them harder to stop — ZDNet

The EU is making overtures about cybersecurity collaboration under Biden — Cyberscoop

On the heels of a banner year, marked by the introduction of the Boundless Cybersecurity model and an unprecedented number of new product launches, SonicWall is pleased to announce it has won six prestigious awards in the 15th annual Network Product Guide’s 2020 IT World Awards event:

Based on its demonstration of overall excellence in a range of categories, as well as the quality of its entry submissions and content, SonicWall was awarded the coveted Grand Trophy distinction. This excellence was reflected in the latest SonicWall releases, from SonicOSX7 and the growing lineup of firewalls running it, to improvements in Network Security Manager (NSM) and the introduction of our brand-new Capture Security appliance (CSa) technology.

SonicOSX 7 took home the gold for its revolutionary architecture, which was designed to enable the latest features necessary for modern enterprises. These include Unified Policy, which combines Layer Three through Seven rules into a single rule base for an easier and more intuitive configuration, along with support for a true multi-instance architecture, which allows customers to provide tenants with dedicated resources to enable support for unique configurations and software versions.

The introduction of true multi-instance architecture is essential for our high-end Next-Generation Firewall (NGFW) line and helps distinguish it in the enterprise firewall market. This capability, as well as its comparative price/performance, port density and the availability of 100GbE ports are just some of the features that propelled the NSsp 15700 to the top, earning it a Gold award in Enterprise Network Firewalls category.

Our November product launch introduced a full Gen 7 TZ Series refresh — but only the TZ570 and TZ670 were ready to be judged by the submission deadline. With only two models in the line, the Gen 7 TZ line still won a Silver award for Firewalls.

(It’s worth noting that the NSa 2700 NGFW was also part of the November launch, and was released after the window for review. As the natural successor to the NSa 2650 — which was named “Best UTM” in early 2020 by SC Awards Magazine — we expect the NSa 2700 to start winning similar awards in the future.)

To complement our firewalls and help maintain compliance for those who can’t use Capture Advanced Threat Prevention (Capture ATP) for unknown malware detection, we created CSa 1000, which uses the memory-based RTDMI engine and features an improved UI. Network Products Guide was able to review the benefits that the on-premise CSa 1000 brings to compliance-sensitive customers that need advanced threat detection technology, and they proudly awarded it the gold medal for security hardware.

As SonicWall introduced greater and stronger capabilities and a growing number of security options, our customers began requesting a way to improve firewall management across even the largest and most distributed enterprises. The SonicWall NSM 2.0 SaaS was designed to better control, manage and monitor tens of thousands of network security devices — including firewalls, managed switches and secure wireless access points — from anywhere via a simple cloud interface. Network Product Guide recognized SonicWall’s ability to effectively manage this ecosystem by awarding it the Bronze award for Information Security and Risk Management.

If you would like to talk with our team about these solution sets and how they can work together to build a better security ecosystem for you, email our team. In the meantime, if you’d like to see how SonicWall solutions are used in real life, I recommend reading our solution brief, “Securing Smart Cities Over Distributed Networks.”

Over the past two decades, SonicWall has become a leader in helping secure organizations in Mexico. Today, we celebrate the 20th anniversary of our entry into this market, and mark the beginning of a new decade of helping safeguard Mexico’s organizations against the growing ranks of opportunistic cyberattackers.

SonicWall Mexico began operations on Dec. 8, 2000, when cybersecurity was still in its infancy and many organizations still viewed it as optional. From the beginning, we’ve helped raise awareness and provide education on cybercrime and cybersecurity — and today, Mexico represents 40% of SonicWall’s sales in Latin America.

SonicWall has remained dedicated to offering innovative solutions that meet the specific needs of Mexican companies, starting with firewall protection and expanding to encompass a wide range of solutions under the umbrella of Boundless Cybersecurity, or Cybersecurity Without Limits.

“In the wake of COVID-19 and in the midst of welcoming a new business normal where workforces are now remote or mobile, new distributed networks are proving to be a honeypot for cybercriminals. As we embark on a new year with new opportunities, we look forward to continuing our 20 years of hard work in the region to promptly and properly secure Mexican organizations from new and opportunistic threats.”

Today, with more than 3,000 customers, SonicWall Mexico is among the most relied-upon solution providers in the country. This growth has been supported by a strong portfolio of solutions that has expanded and evolved over the past 20 years, shifting SonicWall’s image from a firewall company to a cybersecurity company. These offerings have also enabled us to expand our presence in the SMB segment while also becoming established in the enterprise space, with more than 11,000 appliances installed today.

SonicWall’s on-prem and virtual firewalls, Email Security, and Secure Mobile Access (SMA) Series solutions have been key to our continued success. That growth has accelerated over the past year, particularly for the SonicWall SMA Series, which has allowed businesses to offer the secure remote connectivity needed to ensure business continuity amid today’s new business normal.

“For us at Grupo Cinemex, it has been a pleasure and a very good experience to work closely with SonicWall during the past 10 years. During this time, we worked together to achieve communication, interconnection and protection of data for all our cinemas in Mexico. Through the solutions offered by SonicWall, we have reduced the number of attacks we receive every day, and we take advantage of the resources they provide us to offer quality experiences to all our guests. By ensuring the quality of the large amounts of information we transfer, which is vital for the correct and proper functioning of our infrastructure, we will continue to have the security solution we need, and thus achieve the satisfaction of our guests and collaborators.”

We haven’t gotten to this point on our own, however. A critical factor in our continued success over the past 20 years has been the strength of our 560+ local partners and distributors. As we celebrate this milestone, we also celebrate them, and their dedication to shared growth and top-notch customer service. Over the past three years, we’ve seen a 40% increase in new partners joining our SecureFirst partner program, and we look forward to continuing to welcome new SecureFirst partners.

“SonicWall opened a window to the world of cybersecurity for us 15 years ago. Since then, we have worked with them in a consistent, successful and profitable way, offering security and reliability to our clients.”

While this milestone gives us an opportunity to celebrate our achievements, it also offers us the chance to reaffirm our commitment to supporting our partners and customers in Mexico, as we work together to reduce the cybersecurity business gap and bring the power of Boundless Cybersecurity to all Mexican organizations, regardless of industry or size.

COVID-19 has forced global organizations to implement “Work from Anywhere” policies for their employees for the foreseeable future. This worldwide paradigm shift has offered cybersecurity vendors a much-needed impetus to optimize their secure remote access solutions.

SonicWall, a trusted leader in the remote access business for the past two decades, is best positioned to serve global enterprises and SMBs with its best-in-class Secure Mobile Access (SMA) 100 and 1000 series of products.

It’s imperative for IT security heads to have single-pane-of-glass visibility into the reporting and analytics of remote user session activities across their critical corporate infrastructure and applications.

With its powerful administrative platform — the SonicWall Central Management Server — the SMA1000 series provides SPOG management, reporting and analytics over the years. 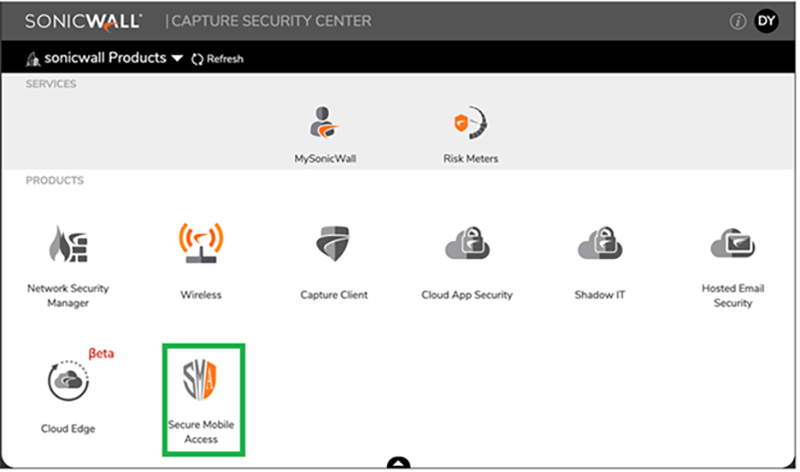 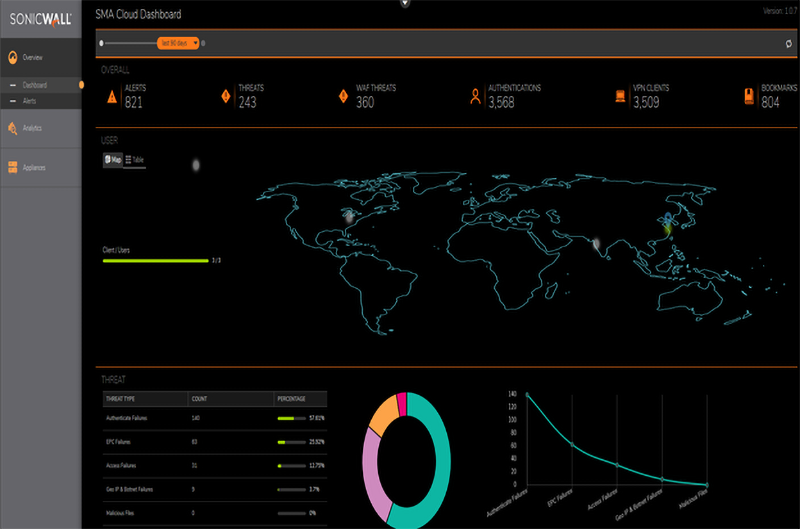 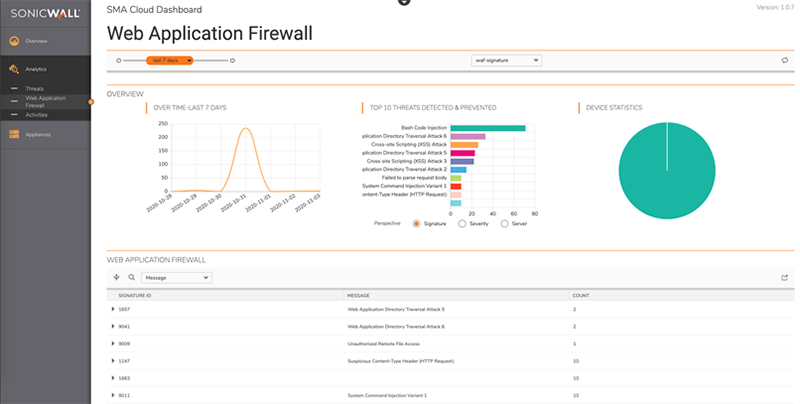 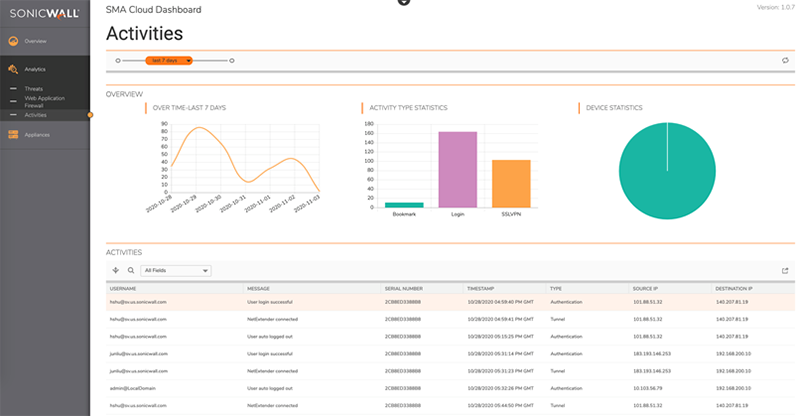 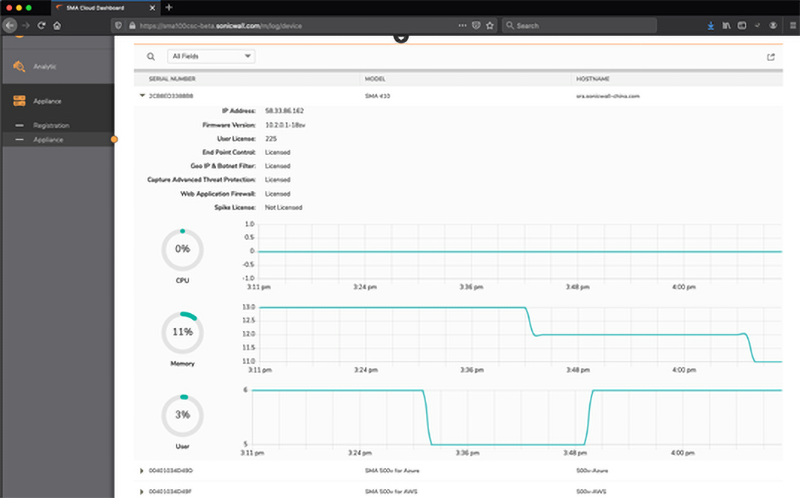 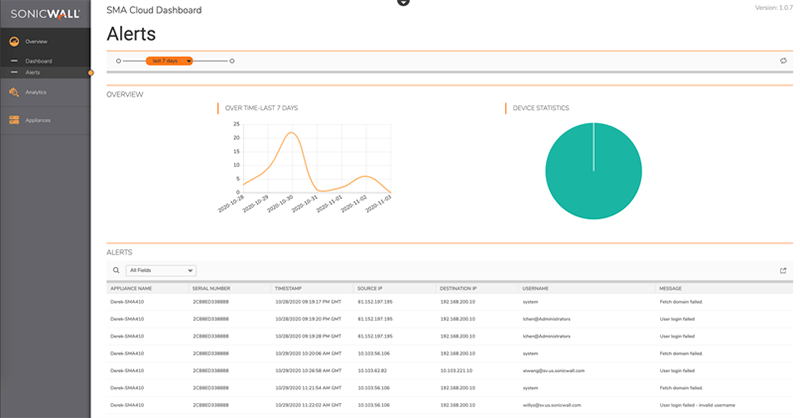 For a limited time, when you purchase one-year or three-year 8×5 and 24×7 SMA 100 Series Support packages, you’ll receive a full year of SMA Series Cloud Management Reporting Analytics for free! Contact Sales to find out more.

This week, Trickbot is gaining strength, Bitcoin is gaining value, and cybercriminals are gaining ground against vaccine manufacturers.

Bitcoin Hits New Record, This Time With Less Talk of a Bubble — The New York Times

It’s hard to keep a big botnet down: TrickBot sputters back toward full health — Cyberscoop