This week, the release of the 2020 SonicWall Cyber Threat Report!

For cybercriminals and threat actors, the digital frontier is a lawless panorama of targets and opportunity. Despite the best intentions of government agencies, law enforcement and oversight groups, the modern cyber threat landscape is more agile and evasive than ever before.

For this reason, SonicWall Capture Labs threat researchers work tirelessly to arm organizations, enterprises, governments and businesses with actionable threat intelligence to stay ahead in the global cyber arms race.

And part of that dedication starts with the 2020 SonicWall Cyber Threat Report, which provides critical threat intelligence to help you better understand how cybercriminals think — and be fully prepared for what they’ll do next.

For the last five years, cybercriminals overwhelmed organizations with sheer volume. But as cyber defenses evolved, more volume was not resulting in higher paydays. A change was in order.

In 2018, cybercriminals began to leverage more evasive and pointed attacks against “softer” targets. In 2019, global malware volume dipped, but attacks were more targeted with higher degrees of success, particularly against the healthcare industry, and state, provincial and local governments. 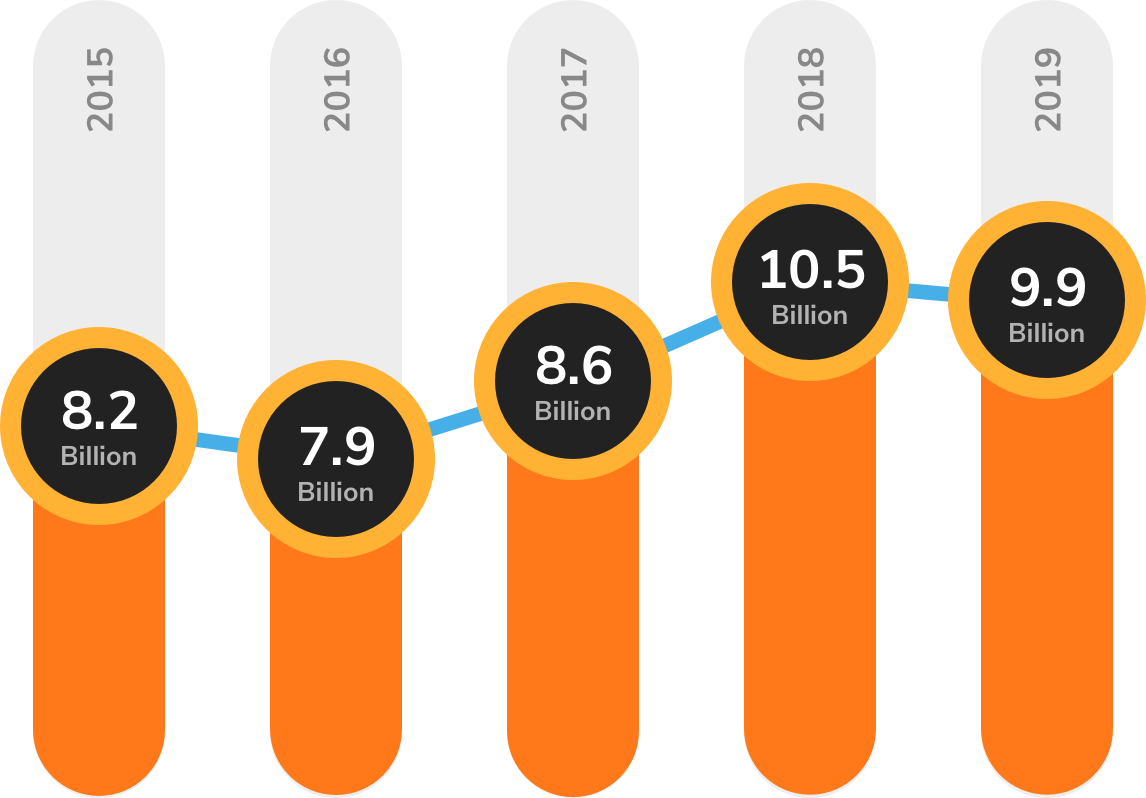 ‘Spray and pray’ is over. Cybercriminals are using ransomware to surgically target victims that are more likely to pay given the sensitive data they possess or funds at their disposal (or both). Now it’s all about ‘big-game hunting.’

The report outlines the most egregious ransomware attacks of 2019, while also painting a picture of the evolution of ransomware families and signatures, including Cerber, GandCrab, HiddenTear and more.

Fileless malware is a type of malicious software that exists exclusively as a memory-based artifact (i.e., RAM). It does not write any part of its activity to the computer’s hard drive, making it very resistant to existing computer forensic strategies.

The use of fileless malware ebbed and flowed in 2019. But exclusive SonicWall data shows a massive mid-year spike for this savvy technique.

Another year, another jump in the use of encrypted threats. Until more organizations proactively and responsibly inspect TLS/SSL traffic, this attack vector will only expand.

From hacked doorbell cameras to rogue nanny cams, 2019 was an alarming year for the security and privacy of IoT devices. Trending data suggests more IoT-based attacks are on the horizon.

In early 2019, the price of bitcoin and complementary cryptocurrencies created an untenable situation between Coinhive-based cryptojacking malware and the legitimate Coinhive mining service. The shuttering of the latter led to the virtual disappearance of one the year’s hottest malware. 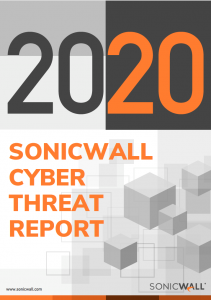 The novel coronavirus epidemic is a major global health concern. To help prevent the spread of the new virus, organizations, businesses and enterprises are protecting their workforce and allowing employees to work remotely. This practice helps limit individual contact with large groups or crowds (e.g., restaurants, offices, transit) where viruses can easily spread.

As such, ‘stay at home’ is a common phrase in many health-conscious regions this week. According to the BBC, the city of Suzhou said businesses would remain closed until Feb 8, if not longer. As of 2018, Suzhou had a population of more than 10.7 million people.

On Jan. 30, the World Health Organization labeled the outbreak as a global health emergency. In response, the U.S. Department of issued a Level 4 travel advisory to China (do not travel).

Precautions like these are causing unexpected increases in mobile workers; many organizations don’t have enough virtual private network (VPN) licenses to accommodate the increase of users. This is a serious risk as employees will either not have access to business resources or, worse, they will do so via non-secure connections.

What is the coronavirus?

Coronavirus (2019-nCoV) is a respiratory illness first identified in Wuhan, China, but cases have since been reported in the U.S., Canada, Australia, Germany, France, Thailand, Japan, Hong Kong, and nine other countries. In an effort to contain the virus, the Chinese authorities have suspended air and rail travel in the area around Wuhan.

According to Centers for Disease Control and Prevention (CDC), early patients in the outbreak in China “reportedly had some link to a large seafood and animal market, suggesting animal-to-person spread. However, a growing number of patients reportedly have not had exposure to animal markets, indicating person-to-person spread is occurring. At this time, it’s unclear how easily or sustainably this virus is spreading between people.” 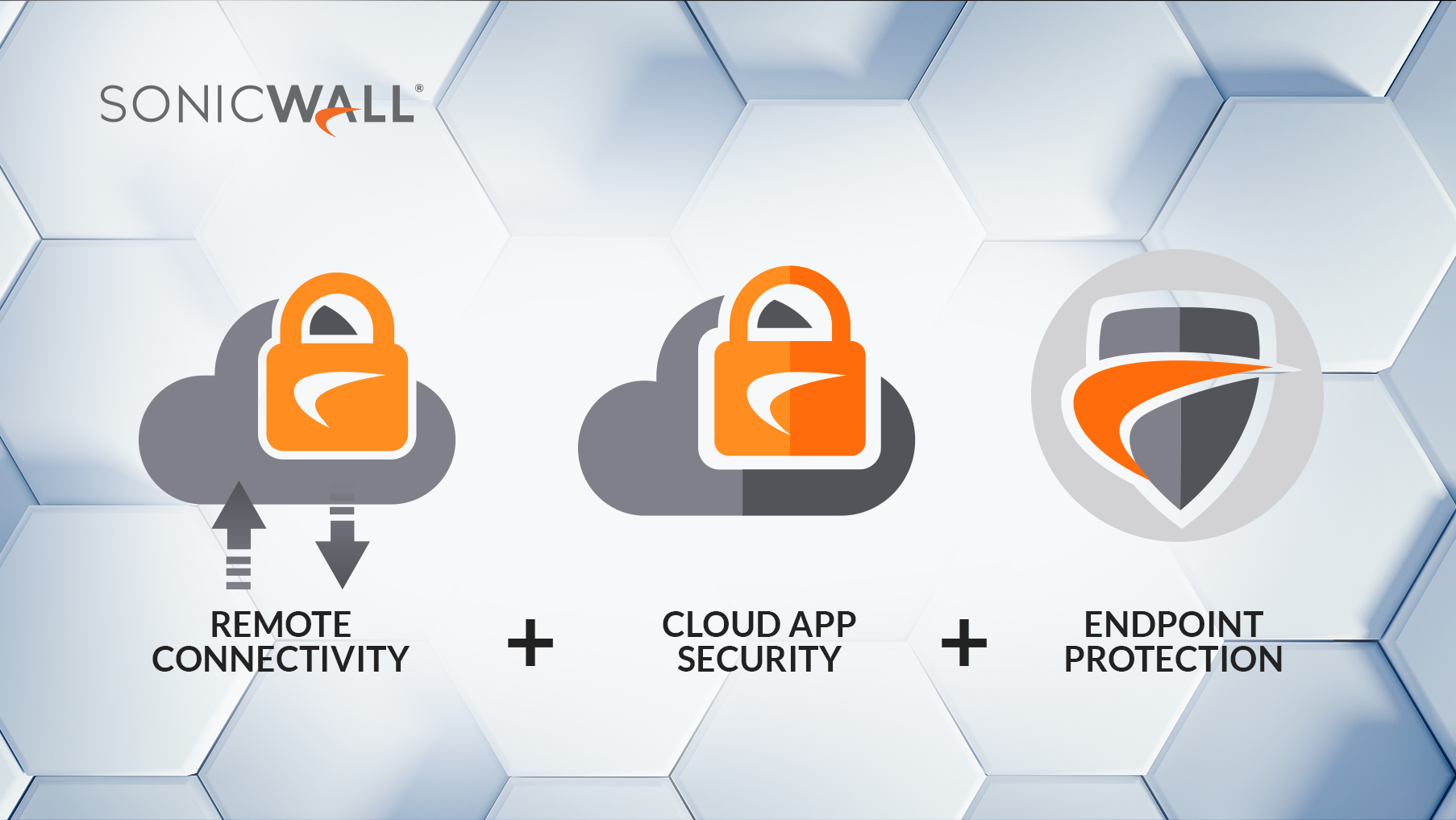 These packages were bundled to include everything needed to protect employees outside the network:

To explore the new offers, please visit our special SonicWall promotions page. From there you can review offer details or chat with a SonicWall security expert who can answer questions on how best to quickly scale your remote workforce.