Now that Halloween is over, it’s time for the holiday online shopping season to kick in, beginning on Black Friday, continuing through Cyber Monday, and finishing up on New Year’s day. For a lot of people it’s time to start spending money.

When we shop for the holidays many of us like to do it online. The National Retail Federation indicates that more than half of U.S. consumers plan to make at least some of their holiday purchases online this year. Why? Well, we can do it from anywhere at any time. It’s convenient. That includes shopping from work.

What does it mean to your organization? Well, there’s a good chance your employees will spend some of their work time shopping online over the next six weeks. Is that a potential problem? If you consider the security of your network, the productivity of your employees and the use of network bandwidth important to your organization, then the answer is yes, and here’s why.

Online shopping at work introduces security risks. For example, employees may inadvertently create opportunities for malicious attacks directed at your organization. An “attack or threat vector” is the means a hacker uses to gain access to one or more systems or servers on your network. Through the attack vector, the hacker can compromise systems on your network and deliver a malicious payload, the most common being a virus, worm, trojan or spyware. A common threat vector around the holidays is phishing. Phishing is an email fraud method in which the perpetrator sends out a legitimate-looking email instructing recipients to go to the fake website of a reputable business such as FedEx or UPS. The site will attempt to collect personal information such as the user’s name, passwords, social security number and credit card details. Another attack vector you may come across is “malvertising,” or “malicious advertising,” which is a threat that uses online advertising to spread malware. The malware can then capture information from an infected machine, or send probes around the network to find servers and other systems that can be compromised.

The security of your network isn’t the only issue your organization faces during the holiday buying season. Employees are exercising more freedom for personal activities such as online shopping during work hours. This is concerning. Why? Well, they’re shopping on company time so they’re not as productive and it’s likely they’re connecting to sites through the corporate network which could lead to a security risk as well as a misappropriation of valuable bandwidth.

Speaking of your bandwidth, there’s the question of how it’s being used. With likely over half of your employees shopping online at some point during the holidays, the bandwidth available to critical applications on your network is going to disappear. Therefore, it’s critical to prevent vital bandwidth from being consumed by non-productive web use such as online shopping, streaming music and watching HD videos which can all have a negative impact on network performance if left unchecked.

What can you do to secure your network, improve employee productivity and get the most out of your bandwidth during the holiday online shopping season? Here are a few tips: 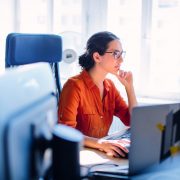 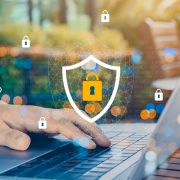 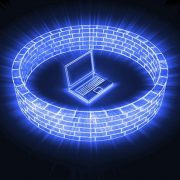