Explore and learn about where the metaverse and cybersecurity will collide. Engage the experts about emerging changes to society and businesses resulting from the latest technological development.

American novelist Neal Stephenson coined the term metaverse in his book Snow Crash (1992). Since then, futurists and cyber-enthusiasts have used it to describe a wide range of immersive virtual worlds where humans engage each other in everything from mundane meetings and love affairs to deadly warfare and intrigue on distant planets.

This idea of “another world” within our computers has been with us for more than 60 years, first expressed in science fiction stories written by Laurence Manning in 1933, with a big update from William Gibson’s 1984 epic novel, Neuromancer. There are dozens of subsequent works that followed from other writers that inspired film projects like the dark worlds of The Matrix (1999) and the much brighter one from Ready Player One, released in 2018. In addition, there are several successful virtual games like World of Warcraft, Minecraft and Fortnite.

Meanwhile, as the metaverse segments into augmented reality (AR) and virtual reality (VR), the selection of new digital devices is expanding from simple headsets and hand devices to haptic seats, suits, walking pads and treadmills. Hardware sales alone are expected to hit about $10 billion in 2022. In addition, Statista recently published forecasts that show massive growth for headset sales alone, with more than 26 million units sold by 2023. And according to global market research service Brainy Insights, total worldwide revenue will soar to nearly $1 trillion by 2030.

How the internet, metaverse and business converge.

The definition for “metaverse” has also undergone refinement beyond three-dimensional constructs where live people, represented by animated avatars, explore virtual worlds, and play massive multiplayer online games. There are now designs for lucrative marketplaces and interactive tours. Adding to the expansion, we now have “crypto metaverse,” where users acquire and hold crypto coins and unique tokens that can be used to purchase services and products, both virtual and real. And this is still just cracking the surface of the full potential of the metaverse business landscape.

Fulfilling the dreams of users and the promise of enormous revenues, big investments are pouring in from marquee names like Facebook/Meta Platforms and Microsoft/AltspaceVR, with every entertainment company and computer game publisher, large and small, rushing to fill the space with content. According to a recent article from Axios, citing a study by McKinsey, metaverse-related investments are expected to reach $120 billion in 2022, with total spending soaring to $5 trillion by 2030.

At this point in its development, the metaverse is wholly dependent on the internet for its portability and versatility. Facilitated by the growing worldwide network of computers and servers, the builders of myriad AR/VR worlds need only focus on delivering a reliable platform and awesome designs. Meanwhile, users focus on the fastest possible connections to the network because, in the metaverse, speed is essential to reduce the risk of game-killing lags. Sounds like heaven has finally come to Earth, doesn’t it?

The danger that lurks in our dreams.

Metaverse merges the dreams of users, content creators and media corporations in exciting new ways. Fans of the newest blockbuster films and television shows will wander the AR/VR worlds created for them. Ambitious designers may create places where our avatars interact and engage in incredible three-dimensional realms and unlimited scenarios. Not only is this a fresh frontier for internet development that lives up to science fiction, but it’s also going to be the newest playground for anyone who wants to plunk down the cash for the devices and services.

And the dream dives much further than just gaming. More and more students are attending interactive virtual classrooms where lessons and training sessions are fully immersive and stimulating. The metaverse is also the place for business meetings, employee training, family visits, virtual real estate tours, shopping safaris, fashion excursions, and vacation previews to anywhere developers can plant a camera.

But deep inside this dream world are familiar dangers. Concerns include privacy, user safety (specifically addiction and abuse), and a high degree of security risk due to the newness of the technology and lack of standard security protocols.

Adding to the already bloated list of IoT devices, AR/VR is a new category of digital equipment that hackers and other predators will exploit.

Explore and learn about where the metaverse and cybersecurity will collide.

We are in awe when science fiction becomes reality. Despite naysayers, the dreamers are winning. The many constraints that held the metaverse back, such as technology and lack of infrastructure, are falling away. But now we have a new responsibility to protect the enormous investments and ensure everyone’s safety.

While ransomware attacks declined 23% from January to June, according to the mid-year update to the 2022 SonicWall Cyber Threat Report, attacks just this year already eclipse full-year totals from 2017, 2018 and 2019. And all those new IoT devices coming online are more vulnerable than we think, offering new attack vectors for threat actors: Malware attacks on IoT devices jumped more than 123% this year. Without additional protection, companies and their customers are susceptible to devastating cyberattacks, especially if designers and manufacturers do not adhere to unified cybersecurity protocols for their devices and services.

Here’s your opportunity to get ahead of the surge. Book your seat for MINDHUNTER 10, “Cybersecurity and the Metaverse: Virtual and Real Threats,” and learn from the experts about how you can keep everyone safe in the virtual and real worlds. 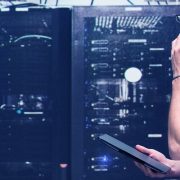 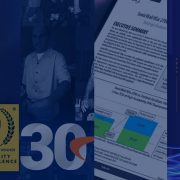 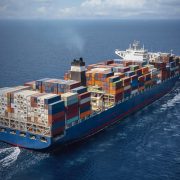