Looking for the best way to extend your firewall protection to the cloud? Independent testing recently found that SonicWall NSv series is more than up to the challenge.

More than 90% of enterprises use the cloud in some way, with 69% of those considered hybrid cloud users (utilizing both private and public clouds). Along with widespread remote work adoption, this shift is driving the need for scaled-out, distributed infrastructure.

Within this new cloud landscape, security has become more complex as the number of perimeters and integrations grow, and cybercriminals increasingly focus on security gaps and vulnerabilities in cloud implementations. It’s often easier for threat actors to exploit these vulnerabilities than it is to breach hardened components of the cloud deployment.

A next-generation firewall deployed in the cloud can protect critical data stored in the cloud. But it’s important to make sure this firewall provides the same level of security and performance as an on-premises firewall.

Recently, Tolly Group used Keysight Technologies’ brand-new native cloud testing solution — CyPerf — to measure the performance of SonicWall NSv 470 virtual firewall in Amazon Web Services (AWS). AWS is the major public cloud vendor, with a projected 49% market share in enterprise cloud adoption for 2022. AWS recommends a shared responsibility model, meaning AWS is responsible for the security of the cloud, and the customer is responsible for security in the cloud.

What is SonicWall NSv virtual firewall?

SonicWall’s NSv Series virtual firewalls provide all the security advantages of a physical firewall, plus all the operational and economic benefits of the cloud — including system scalability and agility, speed of system provisioning, simple management and cost reduction. NSv delivers full-featured security tools including VPN, IPS, application control and URL filtering. These capabilities shield all critical components of the private/public cloud environments from resource misuse attacks, cross-virtual-machine attacks, side-channel attacks, and common network-based exploits and threats.

What is Keysight Technologies CyPerf?

Keysight CyPerf is the industry’s first cloud-native software solution that recreates every aspect of a realistic workload across a variety of physical and cloud environments. CyPerf deployed across a variety of heterogeneous cloud environments realistically models dynamic application traffic, user behavior and threat vectors at scale. It validates hybrid cloud networks, security devices and services for more confident rollouts.

Putting SonicWall NSv to the Test

Keysight Technologies and Tolly Group engineers tested a SonicWall NSv 470 virtual firewall running SonicOSX version 7. The AWS instance for the NSv 470 under test was AWS C5.2xlarge. The engineers deployed CyPerf agents on AWS C5.n2xlarge instances to be certain that the agents would have sufficient resources to stress the firewall under test. Each of two agent instances was provisioned with 8 vCPUs, 21GB memory and 25GbE network interfaces. 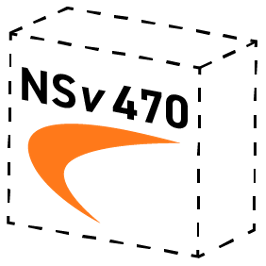 The tests were run against three different security profiles:

Note: The table above highlights just a few of the test results. For complete results and test parameters, please download the report.

Most enterprises are moving their datacenters away from traditional on-premises deployments and to the cloud. It is imperative that security teams provide the same level of security for cloud server instances as they have been doing for on-premises physical servers. A next-generation firewall with advanced security services like IPS and application control is the first step to securing cloud instances against cyber threats.

In addition to security features, it also important to choose a firewall that provides the right level of performance needed for a given cloud workload. SonicWall NSv series offers a variety of models with performance levels suited to any size of cloud deployment, with all the necessary security features enabled. To learn more about how SonicWall NSv Series excels in AWS environments, click here. 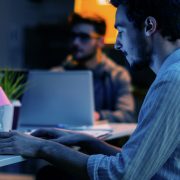 What to Look for in a CASB Solution
0 replies