New cyber threat intelligence from SonicWall shows that malware and ransomware attacks have dipped through the third quarter of 2019, but other attack types, including encrypted threats and IoT malware, are spiking in volume.

“Historically, the goal for most malware authors was quantity of infections and now we’re seeing attackers focus on fewer higher-value targets where they can spread laterally,” said SonicWall President and CEO Bill Conner in an official announcement. “This shift in tactics has also seen a corresponding rise in the ransom demands, as attackers attempt to make more money from fewer, but higher value, targets like local municipalities and hospitals.”

Alarmingly, encrypted threats continue to show record volume compared to 2018. Malware attacks over HTTPs (e.g., TLS and SSL encryption standards) are up 58% year-over-year. Seasonal data — including attacks over holiday shopping seasons — indicate that this number will likely grow through the final quarter of 2019.

While an average of 14% of malware came across non-standard ports through the first three quarters of 2019, attacks across the vector have grown in both the second (20%) and third quarters (17%). SonicWall’s non-standard port data is based on a sample size of more than 275 million malware attacks recorded worldwide through September 2019.

“What the data shows is that cybercriminals are becoming more nuanced, more targeted and savvier in their attacks,” said Conner. “Businesses need to align to create stricter security rules within their organizations to reduce the threats that our researchers are identifying.” 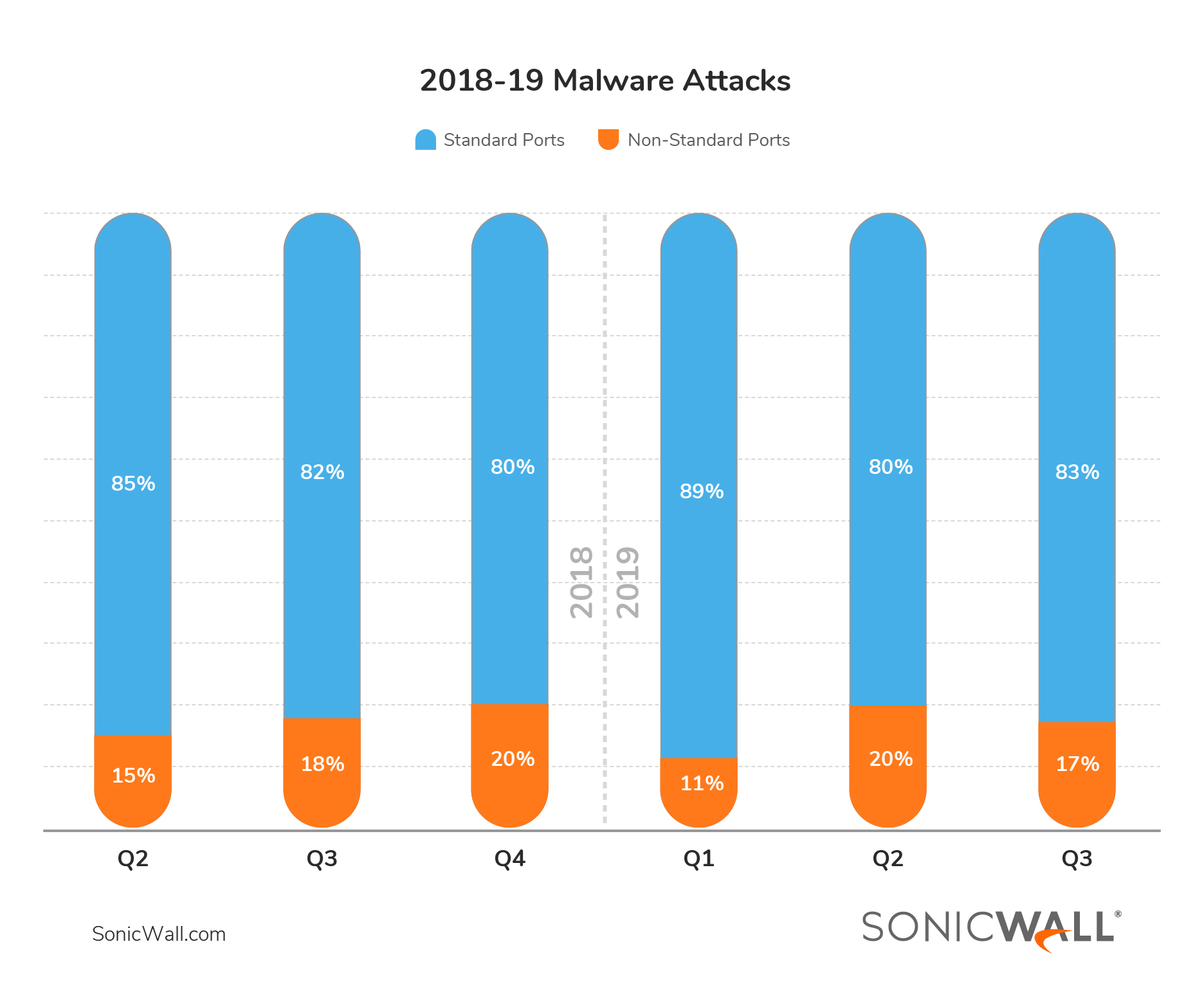 The Internet of Things (IoT) grew out of an appetite of speed, convenience and hyper-connectivity. But as has been outlined before, this came often came at the expense of sound cybersecurity practices.

It was only a matter of time before cybercriminals exploited this decision of apathy. 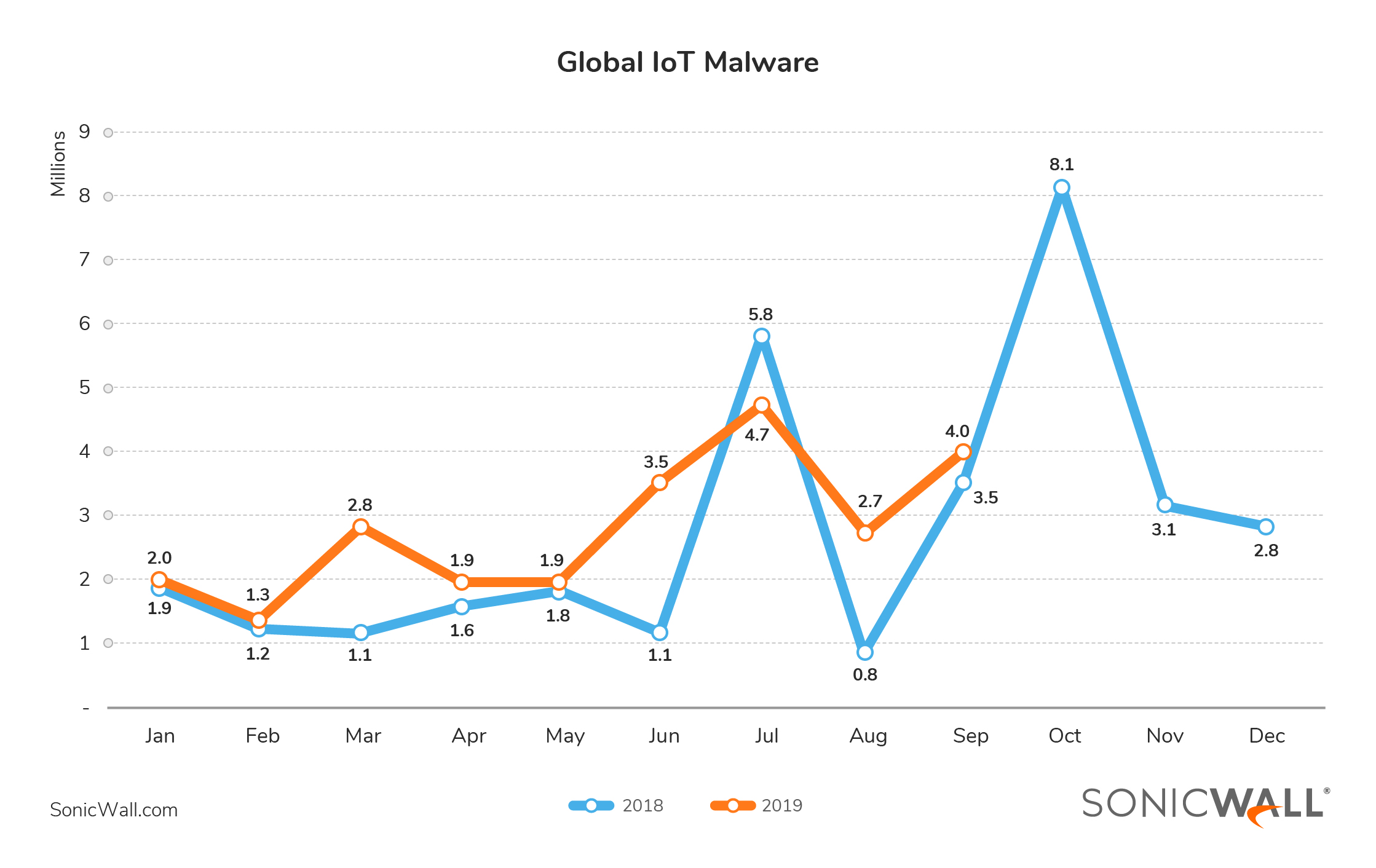