It’s no secret that consumers flock to online retailers during the holiday shopping season between Thanksgiving and the New Year.

But cyberattacks are hardly static. And they definitely don’t cease once Cyber Monday comes and goes. For this reason, SonicWall collected and analyzed threat data from the full December holiday shopping season to complement its Cyber Week threat analysis.

In the U.S., ransomware and phishing volume more than doubled compared to 2017, while malware was slightly down. In December alone, SonicWall Capture Labs threat researchers recorded:

In the U.K., ransomware spiked four-fold while malware and phishing attacks were relatively flat. For December, SonicWall Capture Labs logged:

SonicWall cyber threat intelligence is available in the SonicWall Capture Security Center, which provides a graphical view of the worldwide attacks over the last 24 hours, countries being attacked and geographic attack origins.

The SonicWall Capture Security Center provides actionable cyber threat intelligence to help organizations identify the types of attacks they need to be concerned about so they can design and test their security posture ensure their networks, data, applications and customers are properly protected.

SonicWall President and CEO Bill Conner and CTO John Gmuender walk you through the current cyber threat landscape, explore the importance of automated real-time breach detection and prevention, and address how to mitigate today’s most modern cyberattacks. 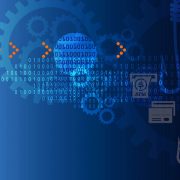 Phishing Threats – How to Identify and Avoid Targeted Email Attacks