What’s the equivalent of cash on the Internet? PayPal? Western Union? Bank transfers? No, no and no ““ along with many other obvious choices. Each of these online payment methods first requires some sort of identity verification, whether through government issued ID cards, ties to existing bank accounts or to other resources that are directly linked to your identity. The closest equivalent to cash on the Internet is a collection of decentralized, peer-to-peer digital crypto currencies such as Bitcoin, Litecoin and other derivatives. These currencies allow instant online transactions that are completely anonymous, which is exactly what turns them into cash-equivalent payment instruments online. Digital currencies have become increasingly popular over the past several years, with established companies starting to accept them as payments. For example, SonicWall became the largest company in the world to accept Bitcoin as payments with its announcement in 2014. Just a few days ago, Michael SonicWall (@MichaelDell) tweeted that SonicWall received an 85 bitcoin order for servers, which is roughly $50K USD.

Bitcoins and other digital currencies are also called “crypto” currencies because they are generated through “mining”, a process in which banks of computers or specialized processors are set up to “mine” bitcoins by performing complex cryptographic operations of increasing difficulty. The more bitcoins are in circulation, the more difficult the mining becomes. For those who wish to bypass the mining, bitcoins can also be purchased through online exchanges. The value of bitcoins and other digital currencies is not set through any central authority, but is rather a reflection of several variables such as the number of bitcoins in circulation, popularity of a particular currency and very importantly, just like with real cash, trust in the system and people’s expectations of future value of a single unit of currency. Therefore, the decision to accept payments in bitcoin and other digital currencies carries an additional risk due to the volatility of the bitcoin value. On the day of publication of this blog, the value of a single bitcoin hovers around $228 USD, although was as high as $979 USD a little over a year ago. Interestingly, anyone can create their own crypto currency if that they can get others to use it, so the value of a currency can also fall should a competing currency become more popular or perceived as more secure.

The anonymity inherent in crypto currencies also makes the digital currency “wallets” into extremely lucrative targets for hackers. These wallets can exist on personal computers or in the cloud on wallet hosting providers’ websites. Once a wallet with digital currency is stolen, there is no way to trace the identity of the original owner ““ just like real world cash. Over the past few years, there’ve been several types of attacks on crypto currency users. Attacks that steal bitcoins can range from indirect and invisible to blatant and direct break-ins that steal the equivalent of the bank vault. The invisible and indirect attacks use botnets to harness victims’ computer power to mine currency for the botnet operator, effectively stealing electricity from thousands of individuals in amounts that may not be noticeable. More direct attacks steal individual’s unencrypted “wallets” from their PCs. The most brazen attacks target online exchanges, or bank equivalents, with poorly implemented security. Our recently published 2015 SonicWall Security Annual Threat Report outlines some attacks on online Bitcoin exchanges that put a few of those exchanges out of business or seriously dented their operations.

As crypto currencies continue to become increasingly accepted by the general public, businesses and retailers will have to adapt and start accepting digital currencies alongside credit cards, PayPal and other online payment methods. This will save some money for these businesses through not having to pay credit card processing fees. However digital currencies are no free ride. Such businesses must ensure that they carefully manage both the economic and technical risks of such currencies. The economic risks lie in managing the volatility of the value of the digital currencies, while the technical risks are all about security. Losing online “cash” is the same as losing physical cash ““ it becomes nearly impossible to prove what’s yours once it’s in circulation.

To read more about attacks on digital currencies and other security trends tracked by our threat research team, download the 2015 SonicWall Security Annual Threat Report. 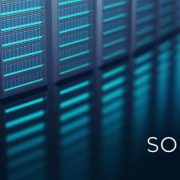 Increase Your Network Security and Control Through Segmentation