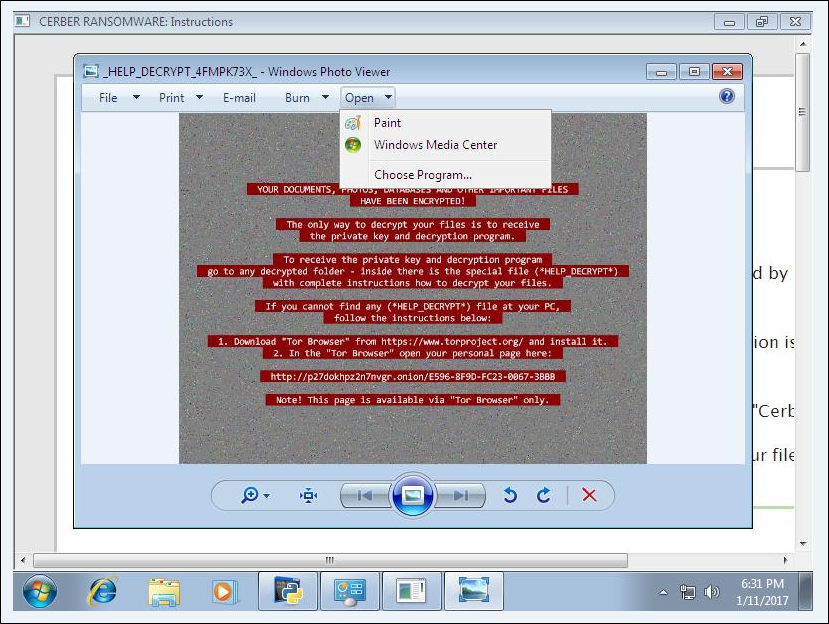 According to a recent PWC survey, 54 percent of respondents buy products online every month. And millions of employees shopped online yesterday with their work devices on business networks. The critical business threat: Will any of your business computers or networks get infected with malware when employees make personal online purchases?

We believe so, and our SonicWall Global Response Intelligent Defense (GRID) network research backs this up.

Research gathered through the SonicWall GRID Network indicates that the new chip-and-sign credit cards and point of sale (POS) systems are more effective than legacy technologies in detecting and blocking breaches. After big data breaches at retailers like Target and Home Depot, many retailers upgraded to chip-based POS systems.

Whenever new malware is discovered, we create a software signature set that is automatically propagated to all of our customers’ firewalls, to help keep their systems safe from attack. In 2014, before the new chip cards and POS systems, our team released 14 new POS-related malware signature sets.

In 2015, this number decreased to nine new POS malware signature sets. And in 2016 to-date, after the broad adoption of chip-based cards and readers, we have only had to release a single new signature.

As POS systems have become harder to hack, the bad guys are looking for more efficient ways to steal online. Falling back on the tried and true email-based phishing attacks, personal shopping phishing emails are now a real threat to your business systems and networks.

Our email security research team observes that SPAM email usually increases in volume significantly during Cyber Week, starting the week before Black Friday, then drops off after Cyber Monday. Our numbers show a dramatic 2x increase in SPAM this year from 2015. In the run-up to Thanksgiving and Black Friday we saw 110 percent growth, increasing to 143 percent growth through Cyber Monday.

One of our SPAM honeypots collected the following data for Cyber Week:

Increasingly we are finding that if malware makes it into your business network, it will be ransomware. First released in 1989, ransomware can infect your system and lock out users from accessing devices or files. When the victim pays a ransom (usually electronic money or bitcoins) the device can be unlocked by the hackers. Needless to say, ransomware can put your business-critical data and systems at risk.

Online shopping will only continue to grow, especially over holidays, so it’s important to be proactive to keep your business systems protected. Along with monitoring employee access and updating policies, here are some must-haves.

In the recently published 2015 SonicWall Security Threat Report, one of the observations on the evolution of attacks on POS systems is the rise in popularity of malware that uses memory scraping to steal sensitive data. No matter how many layers of encryption are applied to sensitive payment data and how carefully this encryption is deployed, at some point the primary account number and other sensitive information must exist in an unencrypted form in order to be useful. The moment that payment data is decrypted for processing, it ends up in the memory of the POS machine, creating a perfect window of opportunity for an attacker to snag this data. Advanced malware can use multiple techniques to access and scan contents of this temporary storage and look for patterns that resemble raw payment data. This data can then be used, for example, to clone cards for fraudulent purchases. This is exactly what happened in some of the high profile retail breaches of 2013 and 2014.

The ultimate goal of RAM scraping malware is exfiltration of the unencrypted data stolen from memory of the infected machine. Therefore, this malware will be very well hidden and it will attempt to remain as invisible as possible in order to access as much data as possible. Mitigating the risks of being hit with such malware falls into two categories: Pre-infection best practices to avoid infection and post-infection best practices to detect and control the attack.

Protecting yourself from new advanced attacks must always be done on top of executing on the basics which serve to reduce the risk of getting critical systems such as POS systems infected by any malware.

A good to approach in evaluating your network security stance is to assume that you will be infected at some point in the future and design processes to allow you to detect and control the infection. In the context of memory scraping malware, the ultimate observable behavior will be communication with non-trusted hosts on the internet. It may not be immediate and it may not be in bulk, as the attacker may want to put time between the act of infection and the act of data theft. However, sooner or later, the attacker will need to get the stolen data from the POS systems into his or her possession. This may happen naively via direct communication, or via more sophisticated methods such as using another compromised system outside the POS network, but with a connection to the POS network, as a gateway. That system may reside in a network that is less strictly observed than the POS network on which may not raise alarms at communication with random servers on the internet.

There are several key technologies that can help you detect or neutralize this data exfiltration:

Firewalls occupy an extremely valuable piece of real estate on any network since all Internet bound traffic must go through them. When properly deployed, next-generation firewalls play an important role in reducing the risk of advanced malware infection and data theft in POS networks. To find out more about the capabilities of state of the art NGFWs from SonicWall, read the eBook “Types of Cyber-Attacks and How to Prevent Them.” Follow me on Twitter: @threadstate.