Those looking forward to spending time away from the office and relaxing with friends and family are likely making plans to secure their belongings at home, but what about securing devices and data?

Year-to-date attack data through November 2018 shows an increase in attacks across nearly all forms of cybercrime, including increases in intrusion attempts, encrypted threats, and malware attacks.

Below are some simple ways to consider protecting your cyber assets and have peace of mind during a well-earned holiday break.

Cybercrime is Trending up During the Holiday Season

Visit the SonicWall Security Center to see live data including attack trends, types, and volume across the world. Knowing what attacks are most likely to target your organization can help improve your security posture and provide actionable cyber threat intelligence. 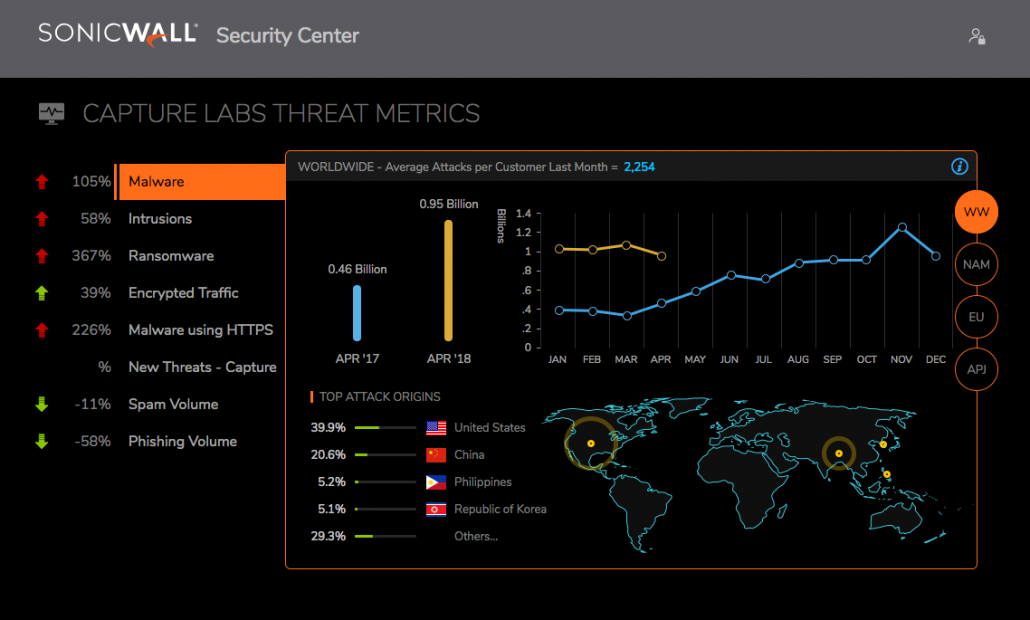