With the headlines dominated by massive data leaks, you’d be forgiven for thinking that malware attacks have increased exponentially. But SonicWall’s latest figures for January 2019 are currently showing that malware numbers overall trended down for the month.

Globally, the SonicWall Capture Threat Network, which includes more than 1 million sensors across the world, recorded the following attack data in January 2019:

In addition, in January 2019 the average SonicWall customer faced:

Malware Volume Down, Attack Variants Up

Just because global malware volume is down in January 2019, you shouldn’t be fooled into thinking that new tactics aren’t being tested and optimized.

While the number of malware attacks is down from last year, there has been a huge jump in the past 12 months in new attack variants. In fact, the SonicWall Capture Advanced Threat Protection (ATP) sandbox service identified 31,188 new attack variants in January — a 102 percent increase of this time last year. This averages to more than 1,006 new attack variants discovered, logged and blocked for customers each day. 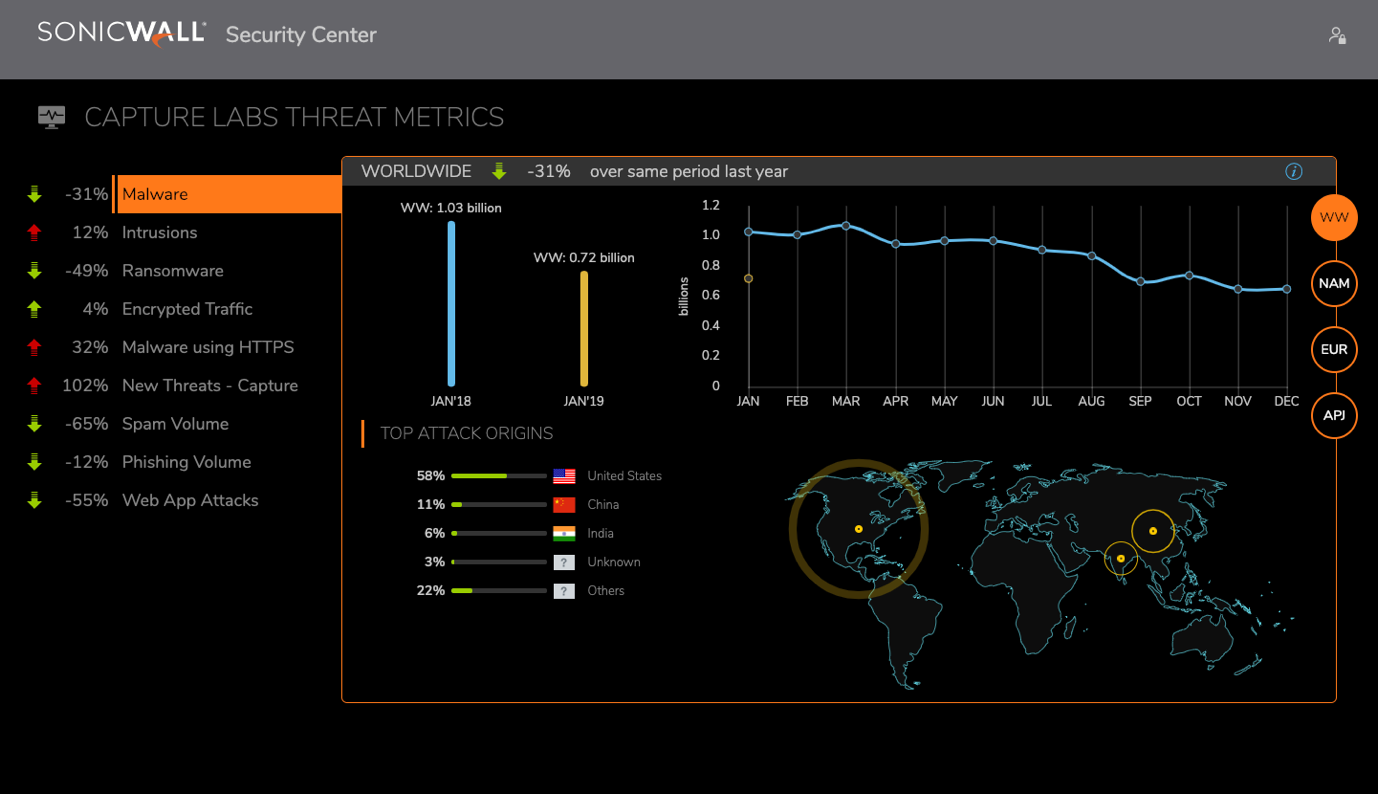 Cryptocurrency, Ransomware and the Future of Our Economy