SonicWall’s mission is to help organizations protect themselves from the growing number of cyber attacks in the fast-moving threat landscape.

There are many schools of thought on how this is best accomplished. And much of this depends on the wares of a particular vendor. But I’ve made it a priority that SonicWall helps defend networks and data in a manner that is automated, layered, intelligent, easy to use and cost-effective.

Today marks a monumental milestone in that focused effort.

The significance of the unified and connected Capture Cloud Platform is highlighted by the escalating threat landscape. In the first quarter of 2018 alone, the average SonicWall customer faced 7,739 malware attacks, a year-over-year increase of 151 percent; 335 of these attacks were hidden using SSL/TLS encryption.

The numbers are alarming. The threats continue to grow. And it’s the reason I promise that SonicWall teams around the world are dedicated to ensure our customers are protected from today’s most malicious cyber threats — both known and unknown.

Here’s a helpful rundown of the new products we are proud to announce today under the SonicWall Capture Cloud Platform:

The SonicWall WAF behavior-based detection engine learns, interrogates and baselines regular web application usage behaviors and identifies anomalies that may be indicative of attempts to compromise the application, steal data and/or cause a denial-of-service.

The new SonicWall Capture Client extends an organization’s ability to defend endpoint devices that connect and interact with its networks, applications and data.

The new SonicWall NSa 3650, 4650 and 5650 next-generation firewalls continue the evolution of SonicWall’s vision for a deeper level of network security without a performance penalty.

Each day this week we’ll do an in-depth review of the above and how each can be leveraged to better protection your organization, networks, data and customers.

Since January 1, 2018, RTDMITM has identified more than 3,500 never-before-seen attack variants. First announced in February 2018, RTDMI technology is used by the SonicWall Capture Cloud Platform to identify and mitigate even the most insidious cyber threats, including memory-based attacks.

Executive Chairman of the Board | SonicWall
Bill Conner is among the most experienced security, data and infrastructure executives worldwide, with a career spanning over 30 years across numerous high-tech industries. A corporate turn-around expert, today he is the President and CEO of SonicWall, one of the world’s most trusted network security companies, acquired as a carve out from Dell by Francisco Partners and Elliott Management in November of 2016. SonicWall next-generation firewalls and network security solutions protect more than 1 million networks worldwide, for more than 500,000 organizations in more than 150 countries. In the less than one year under Conner’s leadership, SonicWall surpassed the ambitious financial and operational metrics set across the business, delivering record partner registrations (over 15,000 partners / 4,000 net new), strong pipeline growth (over $250M in new partner deal registrations), key service improvements (80% reduction in wait times), the release of a new global marketing campaign, and record new product releases.
https://d3ik27cqx8s5ub.cloudfront.net/blog/media/uploads/images/featured/SNWL-image-148.jpg 500 1200 Bill Conner https://blog.sonicwall.com/wp-content/uploads/images/logo/SonicWall_Registered-Small.png Bill Conner2018-04-09 20:00:372021-04-30 12:59:34SonicWall Capture Cloud Platform Ushers in New Era of Threat Intelligence, Connectivity and Automation 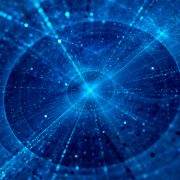 RSA Conference 2018: Songs for the Way