As Australians return to work after the holiday season, IT teams across the country will be pushing to make sure they are prepared for the implementation of the Notifiable Data Breach (NDB) amendment, which takes effect on 22 February.

It is important to point out that many businesses have had nearly a whole year in which executives and IT teams should have worked together to ensure their business networks are secure. The Office of the Australian Information Commissioner (OAIC) has worked hard to provide Australian businesses with the support they need to understand the legislation and prepare for the changes. Thus, many CEOs and CIOs will not be surprised by the change in legislation.

Due to the long lead in time of the legislation, it can almost be guaranteed that the first organisation to violate the legislation will be made an example of to the rest of businesses across Australia. On top of that, businesses will surely face reputational damage and the possibility of financial penalties. In order to avoid these punishments, it is important that companies understand who to worry about, be on the lookout for past breaches, and know how best to prepare for the changes coming.

Understanding how hackers think could make the difference for how an IT team withstands a cyber attack. Generally speaking, the first objective of a hacker is to gain access into a business’s network undetected.

Once inside the network, hackers could lurk for weeks, months and sometimes even years looking for sensitive data and passwords or credentials. They most likely will add backdoors to ensure they have continued access long after the initial breach occurs. The hackers will proceed to add malicious software to the network that sits dormant until they are ready to take action or launch an attack. Sometimes this can be seen in an organisation’s environment in the form of unusual system issues, but more often than not is missed or passed off as a “glitch.” Businesses experiencing this could already be in danger and not even realise it.

Cover Your Past Before Looking to the Future

A common mistake companies make is looking to the future without analysing the past. If a company is going to implement a large — and most likely costly — security system to ensure they do not fall victim to hackers in the future, it is important to know that they have not already fallen victim to a hacker.

Cyber security controls needs to be installed from the ground up to ensure the investment is worthwhile. Investment in cyber security is like any other major purchase; it needs to have a strong foundation in order to be effective. If a business’s network has already been compromised, the security system in place will be for nothing, as organisations can still be breached down the road.

In order to prevent becoming a victim of cyber crime, it is important that organisations check and re-check for threats. This is especially important leading up to the implementation of the NDB legislation and investing in a top-of-the-line cyber security platform.

As mentioned, threats can stay hidden and dormant for months and often times can be missed in general security scans. It is not uncommon for IT professionals to find threats or backdoors into their organisation’s environment when testing for something completely different. This is why it is vital to test, re-test and test again to ensure all threats have been found and eliminated prior to investing and deploying a security system.

Falling victim to a cyber breach can be devastating to any organisation’s reputation and could further lead to financial implications. With the NDB legislation in effect, the government will be quick to make examples of organisations that fail to adhere to the new legislation.

In order to avoid penalties and other negative news associated with being breached, it is important for businesses to guarantee that they have not already fallen victim to hackers in the past. Then, and only then, can IT teams build a security system that will protect businesses moving forward, knowing a strong foundation is in place. Some general best practices include:

While, the legislation will be something new to all Australian organisations, it is a step in the right direction for the safety of peoples’ private information. 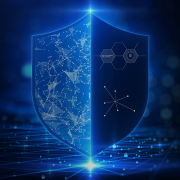