Night vision goggles. Airport x-ray machines. Secret decoder rings. What do they all have in common? Each helps you find something that is hidden, whether it’s an object or code that someone may not want you to discover. Your organization’s security solution needs to perform in a similar manner by inspecting encrypted traffic. Here’s why.

Over time, HTTPS has replaced HTTP as the means to secure web traffic. Along the way there have been some inflection points that have spurred on this transition such as when Google announced it would enable HTTPS search for all logged-in users who visit google.com. More recently, Google began using HTTPS as a ranking signal. Other vendors including YouTube, Twitter and Facebook have also made the switch. If you read articles on the use of Secure Sockets Layer/Transport Layer Security (SSL/TLS) encryption the latest numbers typically indicate that a little over 50% of all web traffic is now encrypted and that percentage is expected to continue growing. At SonicWall, data gathered by our Global Response Intelligence Defense (GRID) Threat Network shows the percentage to be a little higher, around 62%. We found that as web traffic grew throughout 2016, so did SSL/TLS encryption, from 5.3 trillion web connections in 2015 to 7.3 trillion in 2016. Like others, we also expect the use of HTTPS to increase.

On one hand, this is good news for everyone. Securing web sessions, whether the user is making a financial transaction, sending/receiving email or simply surfing the Internet, is a good thing. It’s also good business for organizations such as online retailers who receive sensitive personal and financial information from their customers and need to secure it from hackers. On the other hand, cyber criminals are now hiding their attacks in encrypted web traffic. Threats such as malware, intrusions, and ransomware are able to pass through the network undetected if they’re hidden using encryption. Cyber criminals are also using encryption to receive communications back from infected systems.

Given organizations’ growing trend toward HTTPS and its use by hackers to steal information, it makes sense to have a security solution in place that can decrypt and scan SSL/TLS-encrypted traffic for threats. Not everyone does, however, especially smaller organizations. According to Gartner’s Magic Quadrant for Unified Threat Management (UTM) from August 2016, the research and advisory company estimates that “Less than 10% of SMB organizations decrypt HTTPS on their UTM firewall. This means that 90% of the SMB organizations relying on UTM for web security are blind to the more advanced threats that use HTTPS for transport.”

Let’s add a little more fuel to this. By now most people have heard of the “Internet of Things.” The idea is that we have all manner of devices available that can connect to the Internet and send/receive data. No longer is it just our PC, laptop, smartphone and tablet. It’s our TV, car, refrigerator, watch, security camera. Essentially anything that’s Internet-enabled. The number of connected devices is growing rapidly. Gartner forecasts there will be 8.4 billion connected “things” in use in 2017 and by 2020 that number will grow to 20.4 billion. That’s a lot of things that can be potentially taken over by malware delivered through encrypted traffic.

Here’s the big question every organization needs to ask. “Does our security solution (typically a firewall) have the ability to decrypt SSL/TLS-encrypted web traffic, scan it for threats, use deep packet inspection technology to stop malware, and do it all with little or no performance hit?” If your firewall is three years old or more, the answer is likely no. Legacy firewalls may decrypt the traffic and do some threat detection, but not prevention. Or, it may do everything that’s required, just very slowly which isn’t good either. The firewall shouldn’t be a bottleneck.

In his blog titled, “DPI-SSL: What Keeps You Up at Night?” my colleague Paul Leets states, “We must look into encrypted packets to mitigate those threats.” And he’s right. We need to be able to “see” into encrypted traffic in order to identify threats and eliminate them before they get into the network. And it needs to be done in real time. We call this automated breach prevention and it’s what our lineup of next-generation firewalls delivers. To learn more about automated breach prevention and how SonicWall next-generation firewalls decrypt SSL/TLS-encrypted traffic and scan for and eliminate threats without latency, visit the “Encrypted Threats” page on our website. Secret decoder ring not required. 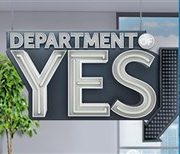 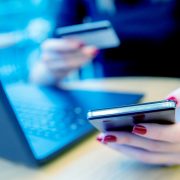 5 Cyberattack Vectors for MSSP to Mitigate in Healthcare
0 replies

Don’t Be Fooled by the Calm After the WannaCry Chaos: Continuously Toughen...